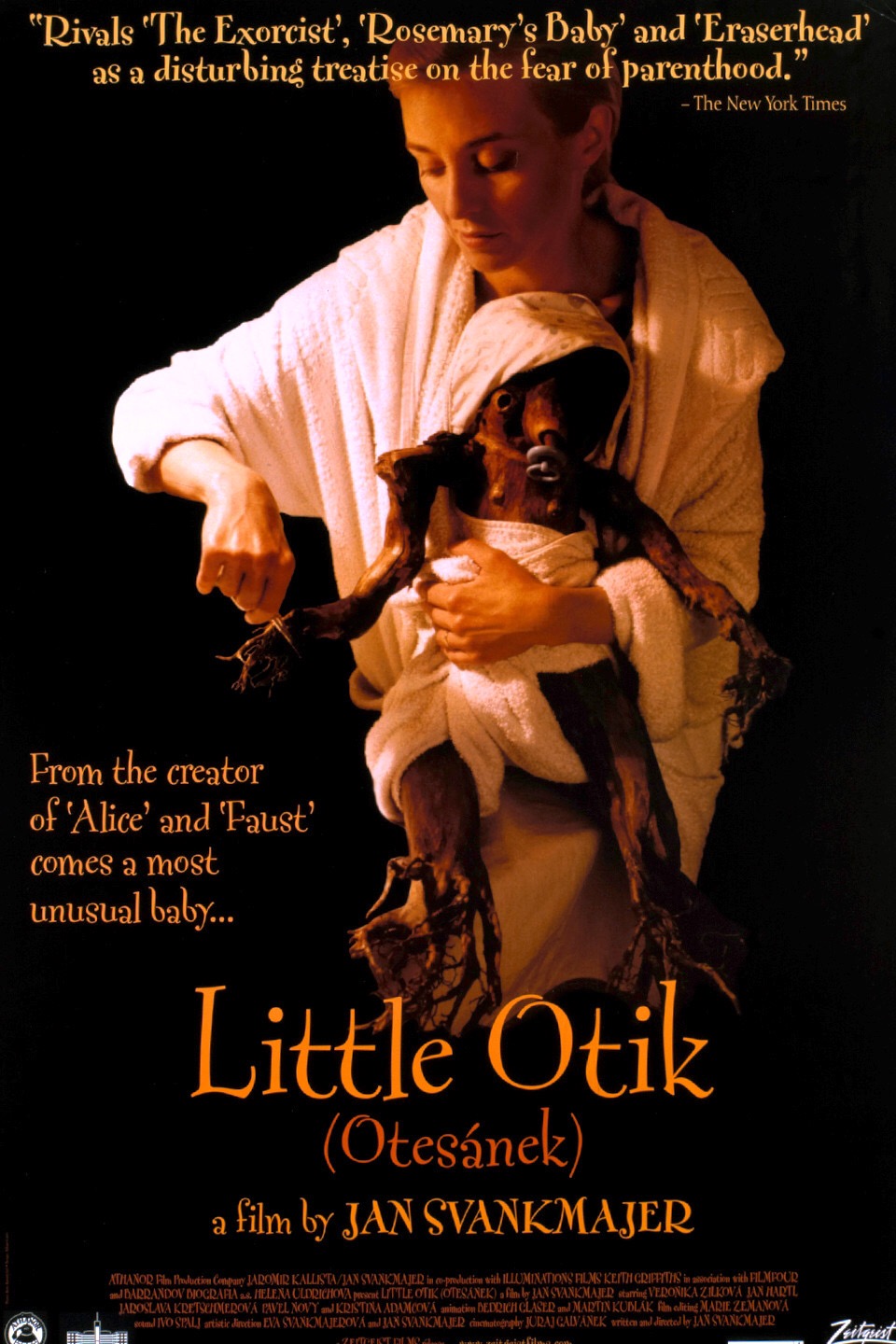 Looking for something off beat? Like stop graphic animation? Appreciate Czech folk stories?  Then this is most definitely the film for you.

Darkly comedic, surrealist and entertaining.  Rather than me loosely giving you the plot of this film, I am going to relay the folk story and then let you make up your mind if you feel that you could appreciate a film which is essentially about a tree stump.

A poor couple who long for a child have no joy in conceiving, only to find out that they cannot have children.  The women is distraught. Not knowing what to do her husband goes in tothe woods to fetch kindling for the fire.  While he is there, he finds a tree stump which looks like a baby.  Thinking that this will cheer his wife up (who wouldn’t love a tree stump baby!) he takes it home with him.

His wife immediately takes to stumpy, and names it Otik.  She bathes and dresses the stump, and trims the roots so it looks more like a baby than before.  To their surprise over night the stump comes to life, and in the morning asks to be fed.  Obviously the women is over joyed.  She sets about making food for Otik.  After feeding him, Otik requests more food.  Initially the proud (yet obviously disturbed) parents relish in taking care of the stump baby, but it’s appetite is insatiable, and with each meal the stump grows larger and larger.

Otik has now eaten parents out of house and home, and also a few of the neighbourhood pets.  The poor couple can no longer feed log boy, and he has grown so large that he eats them.

Leaving the family home, Otik eats everything in site, until he comes across an old women who splits open his chest with a hoe.  This kills Otik and releases all the people and animals which have been eaten.

Did that capture your attention? I really hope so, as this film, while a bit long really is a treat for those who have a twisted sense of humour.  Again yes it’s subtitled and this time from Czechoslovakian, but this is a multi award winning film and really should make it in to any film buffs repotoire.

While the viewer does get to see each of Otiks meals, they are deprived the end scene of the stump being killed, rather dramatic licence takes over and you just see the mother leaving their apartment repeating the end of the fairytale over and over again in tears, leaving it to your imagination as to the fate of the stump and the things it has eaten.

I first watched this film when I was at university and under the influence, and absolutely fell in love with the concept although now the stop graphics in it little clunky, I have watched it many times since and completely sober and can honestly say that this film needs no additional help from outside influences to make it a great watch.

Just remember people, don’t be accepting tree stumps as children as you will end up with much more than you bargained for.

One thought on “Little Otik”