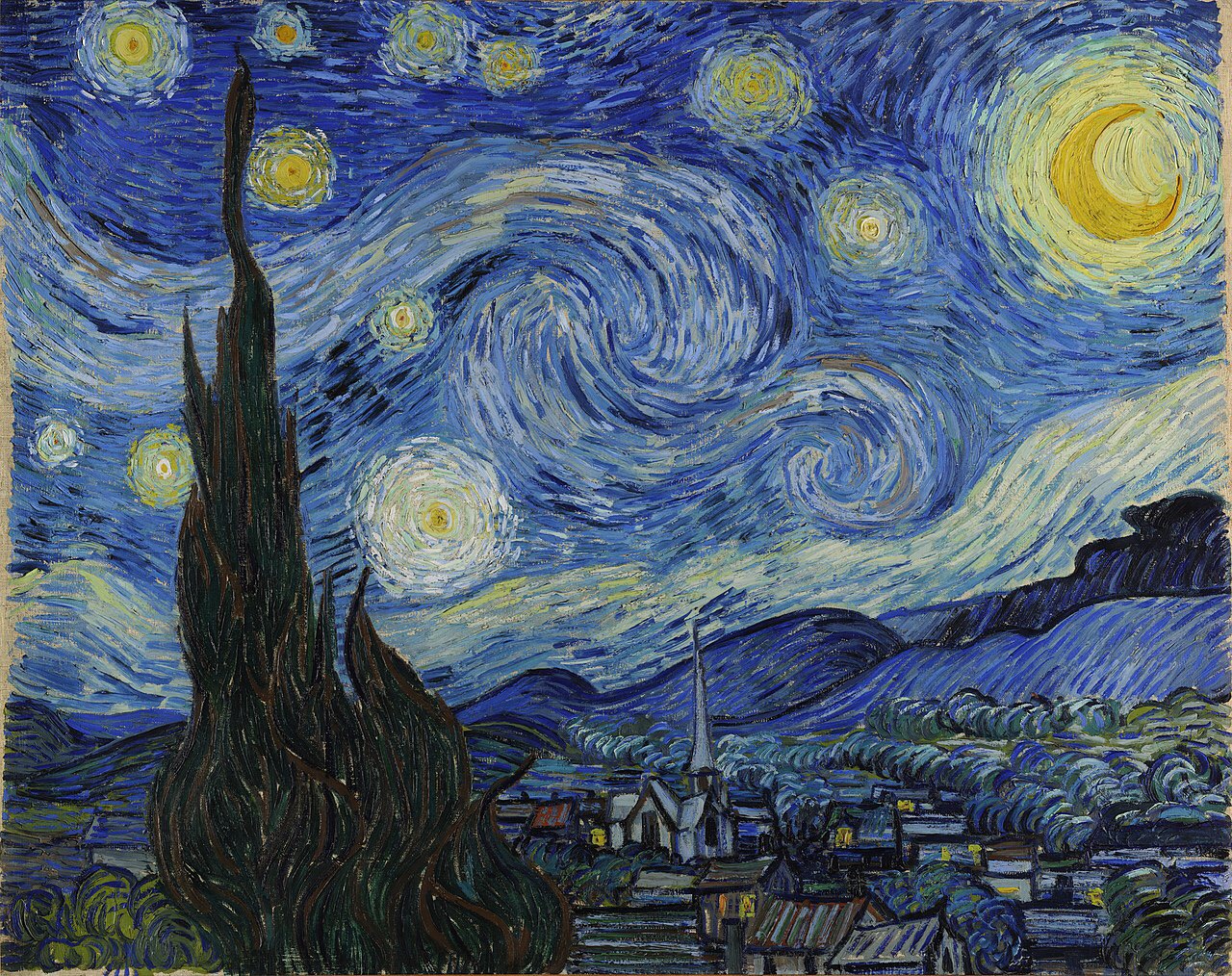 I have always found the night, and darkness quite soothing. There is something about the stillness and silence which is appeasing. It could be that I’m not a peopley person, and there is a distinct lack of people at this time, the odd night shift worker ambling their way to work, or someone bumbling home from a bar, but generally night time is peaceful and placid, and this painting speaks that in volumes.

VVG, painted starry night, while in the Saint-Paul-de-Mausole lunatic asylum, on a self imposed visit, after the iconic breakdown which reached its pinnacle of him cutting off his ear and giving it to a local prostitute. This was his view from his ground floor room.

Remarkably, VVG regarded this painting as a failure, despite this now being possibly his most polished work, and certainly the most identifiable.

VVG largely painted this scene from memory as the painting was created during the day, presenting the idyllic and peaceful shot directly from his minds eye. I love how the swirling sky, gives movement to the wisps of clouds, and how the star light bleaches in to those wisps, giving the feel of a warm, hazy night.

VVG painted this scene multiple times, some during the day and others just focusing on the wheat field or the trees, and they are documented in letters to his brother Theo.

Theo, had written back to VVG saying that his paintings seemed to be searching style, to which VVG responded that he wanted to be more like his peers.

This was a common theme for VVG, he had been the second Vincent to his mother, after she lost her first son, and he felt he never lived up to the previous Vincent, he failed in most jobs he did, and felt a constant disappointment to his parents, it was only Theo who encouraged him, and he didn’t pick up a paint brush until he was 28, after which point he never stopped painting, creating around 800 canvases in total.

So while VVG considered this a failure, we today can see the form in which he was presenting and his stylisation which gives his work such a uniqueness.

While very cliched now, Don McClean created the song starry, starry night in honour of VVG and I think that the two art forms sit together beautifully as Vincent couldn’t see his talent or his worth. If you want to listen to the song you can find it here.