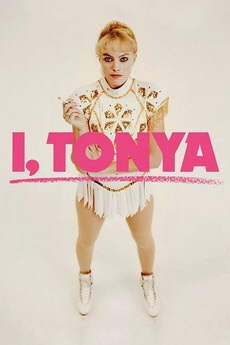 Passion is a funny thing. I am passionate about a lot of things, and it is an ever increasing circle for me, I like to add to the things I am passionate about, learn new skills, understand how things work, in fact you could say I am just passionate about understanding as much as I can as I can about the world that we live in. For some people passion revolves around a particular thing. It usually becomes their talent. In the case of Tonya Harding, ice skating was her passion. I am deeply respectful of people who can ice skate, and this isn’t just figure skaters, it stretches out to those who play ice hockey, competitive skating… even those who can just skate successful as a pass time, as frankly I don’t have the balance for this, despite many attempts when I was younger.

Before I go in to talking about this film, I want to just go a little deeper in to the complexities of ice skating. It is someone moving around on a slippery surface, on a sliver of metal. In my opinion just moving forwards is an achievement, so when people can go in multiple directions and do fancy moves, it really does astound me.

If you are not really sure who Tonya Harding is, she was a figure skater, who attended the olympics twice to compete for the USA, and was the first American woman competitively to complete the triple axel jump (this is some complex jump which involves turning three and a half times and then landing on aforementioned sliver of metal, without falling over and/or showing that they are dizzy from the spinning). Tonya became the centre of a controversy in 1994 when her ex-husband Jeff Gillooly formulated a scheme to scare a fellow skater, Nancy Kerrigan, which ultimately ended in a physical attack on her. After the olympics, Tonya plead guilty in hindering the prosecution and was banned from skating for life. Now, I don’t think that I am spoiling the film in telling you any of this, as this is already a very well known part of ice skating history.

The film follows the rise and fall of red neck Tonya. It starts with seeing the 4 year old Tonya (Maizie Smith) being taken to a skating rink by her mother, LaVona Fay Golding (Allison Janney). You see the progression and characters build to a young Tonya (McKenna Grace), and the devastation she feels when her father leaves, and the overbearing and abusive LaVona takes full hold of the child, to the marvel that was Tonya (Margot Robbie).

The film is laid out as a mocumentary, so interviews with each of the main characters and a series of flashbacks, which actually for me, made the film feel a little disjointed. Personally I think it would have worked well just as a throughput story, but I guess that it is the producers prerogative to make the film as choppy as they like.

Each of the actresses who play Tonya, are frankly amazing. From the very young Maizie Smith, though McKenna Grace, to Margot Robbie, they all gave outstanding performances. I will take a moment to rave about Margot Robbie, as she managed to get Tonya’s facial expressions and body movements down to a T, which you can see from the final footage at the end of the film of the real Tonya Harding skating. The character is built up really well, and you can fully appreciate why she as a person accepted the abuse from her mother, and later her husband Jeff (Sebastian Stan). It became a way of life to her, and while it hardened her to the life that she led, she also didn’t really understand that it was abuse, until it was probably far too late.

The character of LaVona, is ghastly and so well played by Allison Janney. She is the typical disgruntled mother, who begrudgingly knows that their child has a talent. She is the definition of a pushy mother, who attends every practice, an every competition, equipped with a sharp tongue and a swift hand. It’s compelling watching, if not a little difficult, especially for those who may have had mothers who are very similar in nature.

The relationship between Jeff and Tonya is built up so well. First love, need to get away from an overbearing mother, yet falls into an abusive relationship and accepts it because the abuse she receives is a form of love to her. It’s so matter of fact in the film that it almost feels normal.

Shawn Eckhardt (Paul Walter) is like the comedy relief in this film. While Tonya is funny to watch in herself, just through her temperament and style, Shawn is truly the bumbling bodyguard, who escalates the situation with Nancy (Caitlin Carver) to the extreme level that it got to. He is constantly eating and has elevated thoughts of himself, and can’t keep his actions secret, which very easily leads to the arrests of all involved.

All the performances in this film are great. There is no one that I could pick out as letting the side down. It is gripping through their acting, as I have already mentioned I didn’t really appreciate the interview/flashback style.

The cinematography is like something filmed in the 90’s. The sets reflect the era, and the style is kept to reflect that and really make you feel that you are in a poor town in America. The struggle for Tonya to fit in to the world of ice skating, where others could afford beautiful outfits and she couldn’t, is really brought home through this style.

There are a few downsides to the filming. I could spot the skating body double a couple of times, and the CGI of the skating Robbie is very noticeable.

The film is gritty, touching, funny and heart wrenching. It touches all the areas which probably were not thought about by the public during the attack and lead up to the olympics and trial for all involved. It shows how easy it is to make someone a figure of hatred, even when the full story isn’t known.

I would encourage anyone to watch this film, although you could possibly wait until it is out to watch through general release rather than watching it in the cinema. It’s enjoyable, but a Sunday afternoon after a big lunch enjoyable.