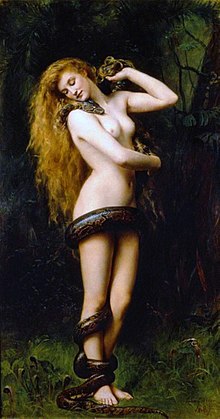 It was International Women’s Day yesterday… if you hadn’t heard.  It’s a day to break down barriers and try and dispel behaviours which bring about a gender gap.  I like to think that the gender gap is dwindling, but there are times when the perception of men and women wildly differ.  For example, if a woman is ambitious and passionate, she can been seen as aggressive and intimidating, where as a man will be called ‘go getting’.  I come across this quite often, and I think it is down to how men and women deal with emotions differently.  I certainly know that if I get frustrated and angry, I cry; not because I am upset, but it’s a simple release without letting out the venomous torrent of abuse that I actually want to give.  Men are much better at hiding their emotions and compartmentalising issues.  This is only in my very English culture, so I hate to think what the gap is in other areas, and I can only imagine what it is like from what I read and hear about.

We know from things in the past that the gender gap has always been there.  If we look at religious texts, we know that women definitely played second fiddle in key events.  We know that women have a tendency to be demonised or marked as the downfall of men in stories, and we certainly know that even if you are a good girl in history, they usually ended up as a doormat or some mooning waif.

I am certainly not a feminist either, so don’t worry, this isn’t a rant about women’s rights.  In fact there are plenty of stories where men are villainised, or made the scapegoat, but they are less than women, and I find it interesting how women are portrayed.

This painting of “Lilith with a snake” is one that I have found interesting for a long time.  Biblical in the sense that somewhere in the dim and distant, there was a belief (and Jewish folklore) that Eve wasn’t the first woman; that there was one before called Lilith.  She was made from the same dirt as Adam, and she was deemed too independent and demanding.  Adam and Lilith were said to argue all the time, and in some texts it states that the arguments were over who would have the dominant sexual position (Adam apparently preferring the missionary position, in comparison to Lilith who also liked to be on top… some men just don’t know how lucky they are…).  After much discontent between the pair, Lilith left the garden of Eden and flew off after uttering God’s name.

God was not too pleased with this, and sent three angels to bring her back, if they couldn’t convince her to return, they were to bring her by force.  The angels failed miserably in bringing her back, but they strike a strange deal with her, as she says that she realises that she was only created to afflict new born babies with disease.  For males she can afflict them for up to 8 days after birth, females 12 days.  The angels make her swear that if the child is protected by their names, she will not touch them, which Lilith agrees too.

I would love to say that this sounds far fetched, but in relation to other stories that I have shared from religious writings, it just sounds quite normal; especially when you look at the greek myths.  This story, certainly gives warning to those woman who think that independance and forthrightness is a good thing, as she was quickly replaced…

God then goes on to create Eve, who is made from one of Adam’s ribs, which then makes her subservient to her husband as she has been made from part of him.

While there is a lot of speculation about the actual role of Lilith in Christian and/or Jewish faith, we do know that there was a Sumerian/Mesopotamian myth of Lilith or Lilitu or any other variation on the name Lilith, who was a demon that killed children.  But also Lilith was also deemed a goddess of love, sexuality, desire, fertility and beauty.  Represented on plaques which have been found in Babylon (the Burney Relief) as a bird footed, winged woman.  It does feel that there is much confusion over the role of poor old Lilith… maybe she was just very misunderstood…

So, now I have brought this confusion about Lilith to you, let’s have a look at the painting.  Painted in 1887, Collier has depicted Lilith as a beautiful women, perfect with her alabaster skin and strawberry blonde locks.  Her figure is that of astounding femininity, the curved hips and exposed breasts, making her appear soft and elegant.  The snake entwined around her, then strips her of this view, making it so that she is seen as in allegiance with the snake within the garden of Eden.  We should all know that the snake represents deceit and underhandedness as well as manipulation and coercion.  The woodlands that she is stood in, appears dark and almost eerie, which is not what you imagine when you think about the garden of Eden.  Which further pushes the image of Lilith in to the shadowy underworld that she has become known with.  Her body positioning is lustful, as she nuzzles the snake against her cheek and allows it to almost caress her body.

I like the light in this painting, it is highlighting only Lilith and the snake in a move which hommages Caravaggio, as there really is very little happening in the background, except for the dark woods.

Collier presents the audience with almost the optiomy of the Femme Fatale in this painting, as she is beautiful and deadly, the boa constrictor in tune with her, but she oozes a sense of cross her and you will be under the wrathe of a woman scorned.

The style is verging to pre-raphaelite and the execution of his intentions display perfectly on the canvas.  I don’t think anyone could miss the untones of this painting, even if you didn’t know the story of Lilith, or what the painting was called.