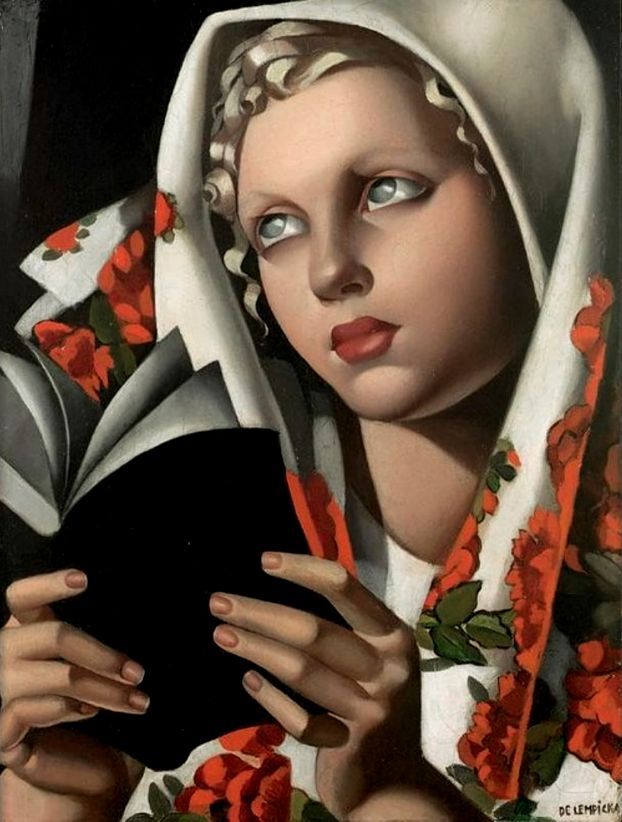 Have you seen Google today? It is celebrating Tamara de Lempicka’s 120th birthday.  Lempicka was an accomplished Art Deco artist who lived between 1898 and 1980.  She was very well known for her stylised portraits of the aristocracy as well as painting nudes.   She was the mistress to Baron Raoul Kuffner, and after his wife died, the Baron married Limpicka and she was then known as “The Baroness with the brush”.  Lempicka had an interesting and varied life on the Paris art social scene, but eventually moved to Mexico.  On her death in 1980, her ashes were scattered over the volcano Popocatépetl.

I have chosen this particular painting to demonstrate her work, as this isn’t a portrait of the aristocracy, “La Polonaise” or the Polish girl, is in my opinion one of her most beautiful pieces.  You can see the remanence of cubism in her work, especially in the hands, looking almost like an artists model.  The face is beautifully innocent, with the upturned eyes to almost indicate that the girl is praying, which then we can assume it is a bible in her hand.

The shawl over the girls head, also gives us an indication of roman catholic (apparently St. Paul thought that a woman’s beauty lay in her hair and this should be covered to stop distraction at mass) as her dress is modest in its appearance.

There is a certain homage to the Virgin Mary in this painting.  Ok, so the shawl isn’t blue and she isn’t holding a baby, but the face is so familiar to many of the depictions that we see of the virginal mother than it is hard to ignore.

The lighting of the piece is up and to the right, which would be a heavenly glimpse of light, illuminating the face to highlight the blonde locks which are hidden by the shawl.

I know I have said before that I don’t like portraits, but this style has a certain charm.  It doesn’t look overly posed, despite the stylised technique, it looks a more natural view of a outsiders view of a woman and her faith.

I feel Limpicka captures a serenity in this painting, a certain peaceful and quite trust which emanates from the girl.