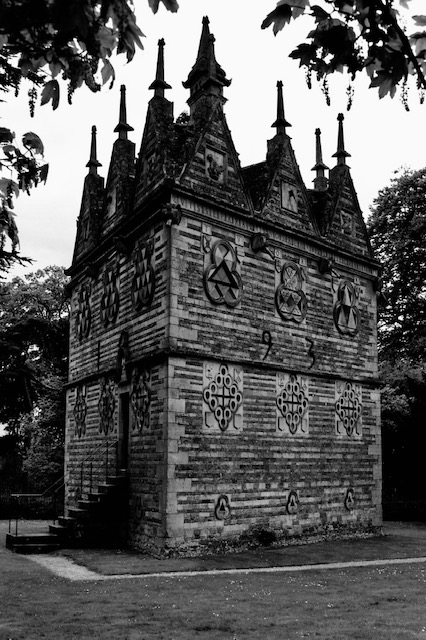 It has been an age since I wrote about a day out and used some of my own photography, so I really wanted to share about the visit I had to the Triangular Lodge.  Sometimes it is really good to get away from it all, put out of your head the pressures of life and just get out in to some beautiful countryside with a camera.  Also architecture can be a form of art, especially when it is something so beautifully constructed as this building.

Tucked away in Kettering is where you will find the Triangular Lodge, and I can say, it is really easy to miss when driving by, as it is behind a brick wall, and has no carpark – it is a pull up on the side of the road job.  It is an English Heritage site, so if you are not a member you will need to pay a small fee to go and have a look.  I will say that this is smaller than I thought it was going to be, so while really worth a visit, not something for you to plan a whole day trip around.

The Triangular Lodge is a stone folly which has been built using different bands of limestone.  This gives the building an interesting look, and also really makes it clear that this building was created as a statement over architectural beauty – but it has just so happened to fall in to both categories.

This was designed and built by Thomas Tresham between the year 1593 and 1597, after a period of time of incarceration from his refusal to change from Roman Catholic to Protestant.  You can see the tributes to the Holy Trinity everywhere.  From the 3 walls, being 33 feet in length to the triangular turrets on the roof you can feel the passion that Tresham had for his faith.

From the outside you can see the interesting colours of the limestone and the ornate windows, and you can’t miss the roof with its triangular chimney and turrets.

The windows are different on each floor, the basement windows being small trefoils, which I can tell you let in little light, so if you want to go to to the basement, make sure you at least have a phone with a torch on it as it can be fairly dim when you are in there and the floor is uneven.  The first floor windows are made of the Tresham family emblem and create amazing light formations once entering the building, finally the ground floor windows which are a lozenge design with a slit cross and 12 small circular windows surrounding which have links to heraldic shields.

On each wall on the outside is a latin quotation which are each 33 characters long, and they read:-

As you enter through the door you will notice another set of text above it:-

Inside the rooms have been made Hexagonal, with small nooks made in to the points of the triangles, which frankly to me felt a little like broom cupboards.

As I mentioned previously, little light comes in to the body of the building due to the design of the windows, but they make for some very interesting photography. 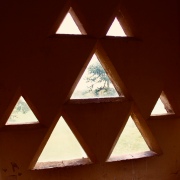 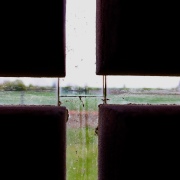 Interestingly, this is the only building which Tresham ever saw finished that he designed.  There was another called Lyveden New Build, which I will admit, sounds like a housing estate, but is actually an amazing part finished structure.

Later this building would play a part in the planning of gunpowder plot, acting as a meeting place for Francis (Tresham’s son).

With so much symbolism and history in this tiny little folly it is really hard not to be mesmerised with structure, and while it feels very tranquil now, surrounded by fields and trees, you can feel the absolute faith than run through the design.

Below is the schematic of symbols which you can find on the building, as I could write for an age about every little piece on here, but really the building speaks for itself.

Even if you aren’t into the history of this building, it really is something to see, so I would recommend if you are passing, just drop in and take in the structure itself.

If you want to see more of my photography, you can find me on Instagram under WidowCranky.

Ripples on the Ocean – Vladimir Kush