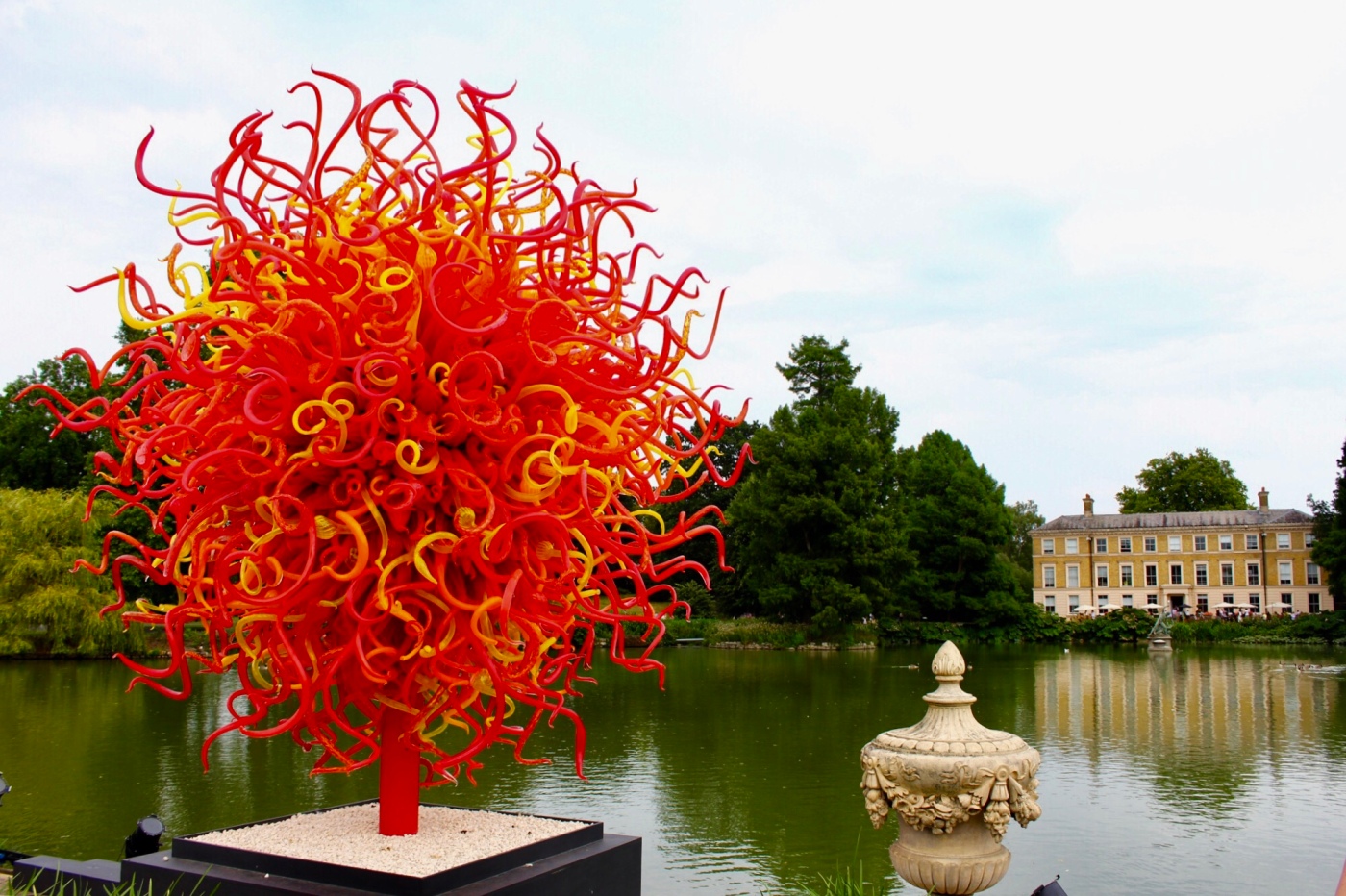 Glass is an incredible medium isn’t it?  It is beautifully delicate, but also able to withstand incredible heat and pressure and initially comes from sand.  Bet you don’t think of that as you are filling your tumbler with gin… or water (whatever is more acceptable at whatever time of day you are reading this).

This article comes to you with my own photography of this exhibit as I was lucky enough to be there, and it is ongoing until 27/10/19, so if you are planning to visit London – this is a very worthwhile way to lose a few hours amid a beautiful setting.

The photos within this article were taken by me.

Chihuly was born in 1941 in Tacoma, Washington.  In the 60’s he studied interior design before travelling to Florence and the Middle East, where he was inspired to go back to his studies by architect Robert Landsman.  In 1963 he took a weaving class where he incorporated glass shards into tapestries, later winning an award from the Seattle Weavers Guild.  In 1965 Chihuly graduated from the University of Washington with a BA in interior design.

Chihuly then started to experiment with glass blowing, and in 1966 received a full scholarship to attend a premiering glass program at the University of Wisconsin-Madison, studying under Harvey Littleton.  In 1967 Chihuly received a Master of Science degree in sculpture and in 1968 he received a Master of Fine Arts in Sculpture from the Rhode Island School of Design.  That same year, he was awarded a Louis Comfort Tiffany Foundation grant for his work in glass, as well as a Fulbright Fellowship. He traveled to Venice to work at the Venini factory on the island of Murano, where he first saw the team approach to blowing glass.  After returning to the United States, Chihuly spent the first of four consecutive summers teaching at the Haystack Mountain School of Crafts in Deer Isle, Maine.

Ironically, in 1976 Chihuly was blinded in his left eye due to a car accident while in England.  He was propelled through the window screen and his eye was damaged by glass beyond healing.

In 1979 he dislocated his shoulder bodysurfing, which meant that he was no longer able to hold the glass blowing pipe.  While this could have devastated some, Chihuly took this as an opportunity to take a holistic view on his art, anticipating problems earlier and able to coordinate a team of artists to create his amazing large scale sculptures.  Seeing himself more as a choreographer to the flow of the work.

Chihuly bases a lot of his inspiration from nature, using flora, fauna, sea life and the seasons to form a basis of his ideas.  There is something about the fluidity of the glass which makes it an amazing medium to represent these forms so artistically.

Chihuly’s work has been displayed in gardens, museums, galleries, over water and in large public areas, and seemingly never look out of place, more that they compliment their surroundings, giving an abstract view to the nature that can be seen around them.

The setting of Kew Gardens was one a perfect place to fully appreciate this work, giving it the space and setting which to fully see and feel the force in which nature has inspired the works. 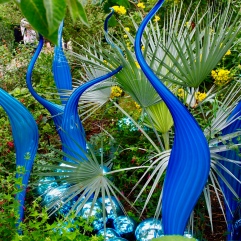 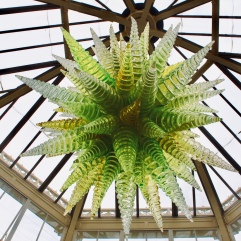 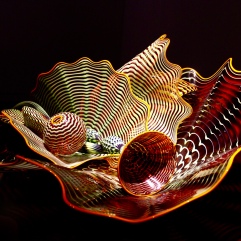 There is a depth to the colours and intensity which simply can’t be displayed through photographs, but the sheer size and gradients of colour within each piece is astounding.

I do have to give a lot of credit here to the way in which each piece as displayed.  None of these items contain lights, what you see in the photos are either from lights which have been cleverly placed around the pieces to enhance the experience, or it is the natural light catching the glass to illuminate the structure.

By far my favourite piece was the Ethereal White Persian Pond, created in 2018 and is displayed in the water lily pond.  This piece is simply breathtaking, especially currently with the water lilies in flower around it. 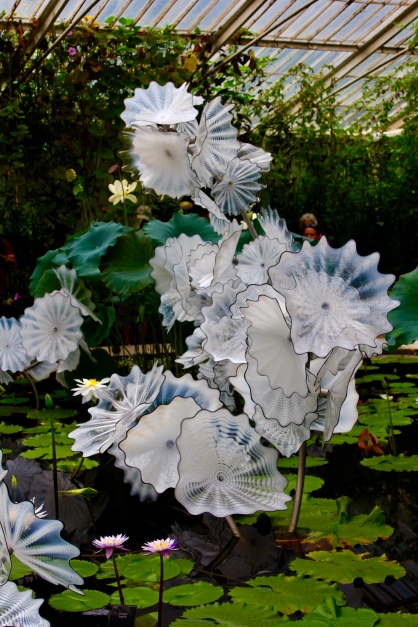 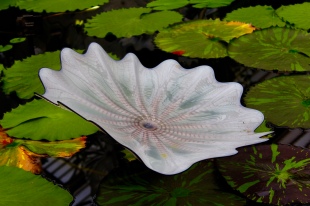 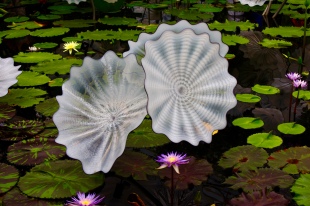 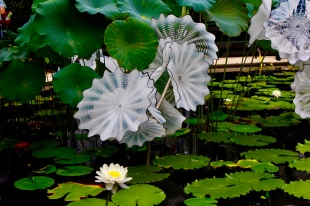 This is truly beautiful, and I could never show you the full effect of entering this green house to be met with this huge white flowers, reflected in the water beneath it.  The water lilies growing around the structure, like it was naturally supposed to be there, it is somehow effortless.

I have read about how Chihuly works and opposed to many glass blowers, who work to perfectly balance the glass in some form of symmetry (I will happily admit I know very little about glass blowing), Chihuly looks to use natural balance and gravity to assist in creating these magnificent shapes, nothing is uniform, each piece of the structure is different, giving it a natural personality like the plant life around it.

I will urge anyone who has the time to come and see this exhibit in this stunning surround as it is something that shouldn’t be missed, especially if you are a Chihuly fan.

One thought on “Reflections of Nature at Kew Gardens – Dale Chihuly”