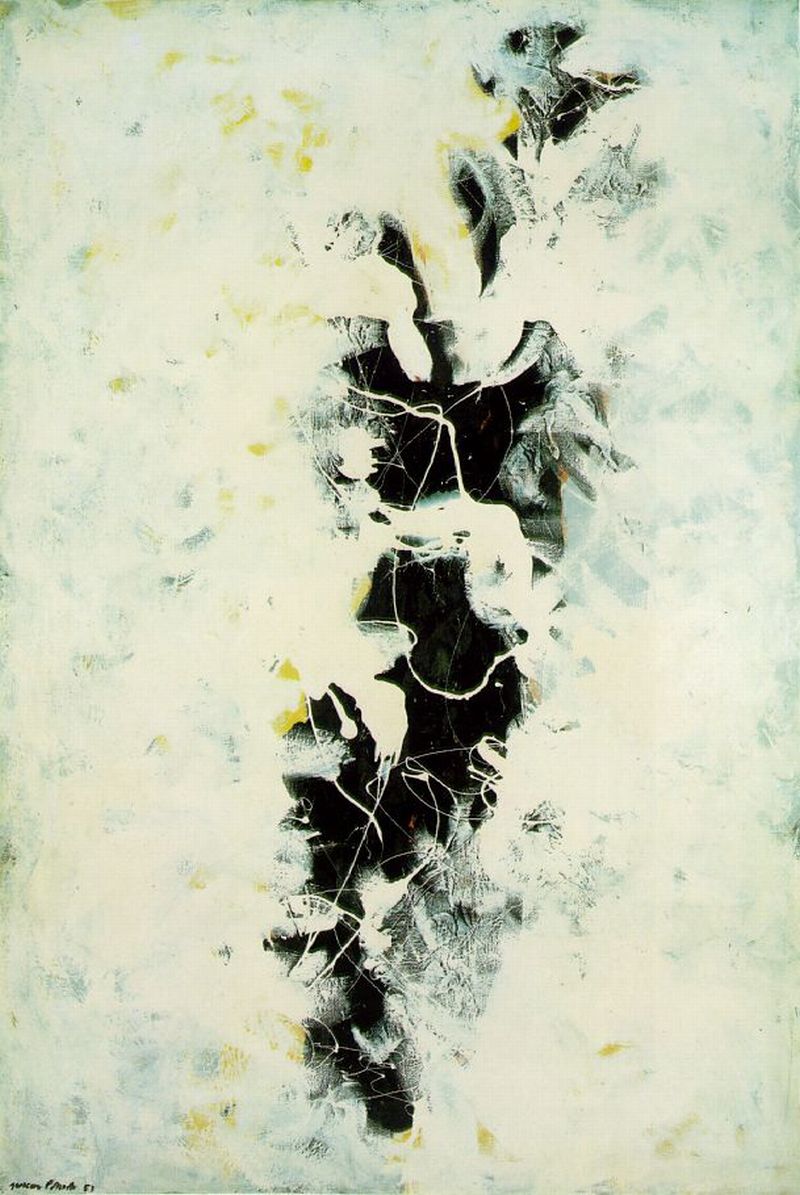 Life can be pretty hard sometimes.  It really is a test on a person of how they deal with this time and show their true colours.  Some stick their head in the sand, some will plough on until they get through it, but some way or another most will see those hard times through and come out the other side of it.  It goes to show the strength of how we as people can deal with pressure, stress, heartache and pain.  Not everyone will rush out to demonstrate their feelings on what is happening within their heads during these times, as it can just feel like a mess of emotions, jumbled up and almost without any logical pattern or structure.

Abstract Expressionism can feel exactly like this on a canvas.  This is a term used to explain art which at first seems to have no logical structure or defined subject.  This is more about the expression of emotion from the artist.  How the colours, brush strokes and style makes the viewer feel.  For people who are not art fanatics, this can feel awkward, uncomposed and challenging as they are met with what can be deemed as a mess on the canvas (as my Dad described it once).  The movement, inspired from the ideals of surrealism, that art should come from the unconscious mind.

Jackson Pollock is one of the action painters of the movement.  This means that he worked in a improvised and spontaneous way.  Jackson’s technique was generally to place the canvas on the floor and “dance” around it, dripping or pouring paint, dragging it around with a large brush or a stick.  This means that Jackson was placing his pure impulse on to the canvas.

Abstract expressionism for me, is a bit hit and miss.  Mark Rothko was an abstract expressionist (although he didn’t like the label), but I have said in the past that I struggle to get on board with just the squares of colour.  For me it feels too controlled for this movement.  I personally prefer the action painters, such as Pollock or Willem De Kooning, simply because you can track their raw movements and feelings from the pieces as you view them.

Pollock, was deemed as a recluse, with a volatile personality, which really can be seen in his work. He did marry Lee Krasner, who became a long lasting influence on his work and his legacy.  Pollock was born in 1912, and died in 1956 at the age of 44.  He had struggled with alcoholism throughout his life and in December 1956 died in a single car accident where it he was driving while under the influence.

It seems a tragic end to a man who was able to express so freely his feelings through the medium of art.

“The Deep” feels like a highly spiritual piece by the artist.  The use of extensive white paint and the dark black void, only to be broken up by touches of yellow, gives the audience varying views of how the painting can be interpreted.  Some see this as a deep void, despairing and disonate.  Others see what they interpret as a deep cut in a dead body.  It can also be seen as hidden secrets, which become a dark matter under the surface, only to be glimpsed on occasions ( I have read many people’s interpretations of this painting and none quite sit right with me).

Personally, I see this slightly differently to how most interpret it, but that is the beauty of art… it is so subjective, especially in terms of abstract expressionism.  The painting makes me feel calm.  The white of the painting has an almost feather like texture, as though a feather pillow has been broken open.  The spots of yellow, the markings on the downy explosion. The black is a tear, almost like a rip in the fabric, but something more unknown.  It is neither foreboding or full of elation, it is simply something with infinite possibilities. It says to me that come what may, there is something more to what is happening to you right now.  It’s like a partially uncovered treasure, waiting to show its full self.

The painting was created with oil and enamel which is what gives the painting the differing textures, which makes this so attractively visual to its audience.  It is almost tactile with its varying surface textures, and I find I am drawn in to the heart and emotion of the piece so easily.

20 thoughts on “The Deep – Jackson Pollock”