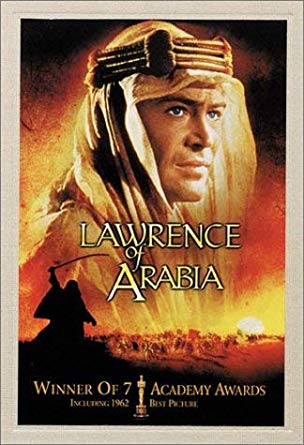 I was never a huge film fan growing up, in fact I would read a book over watching a film 9 times out of 10, it was only as I got older that I started to really get in to film culture.  Now this has its ups and downs… the ups are that I read probably most of the things which makes the symbolism in movies make sense, the downs… watching some of the films now mean that they don’t have the sheen that they probably had in comparison now…I can tell you, after hearing so much about “Hell Raiser” that I felt that, as a horror fanatic, I had to sit down and watch it, that I was disappointed with the effects from not watching in my teenage years, but the premise was amazing… It still doesn’t make up for the disappointment of how I really wanted it to look.

Therefore, you have probably guessed that there are a lot of classic films that I have avoided, which I have now decided that I am going to settle in to watching, as I feel like as a film junky I should. I am obviously going give my honest thoughts on them, as a person watching them for the first time in a world where we are now spoiled by dramatic effects and CGI.

I appreciate that this is a film that apparently people watch at Easter, or Christmas (but those where always reserved for “Clash of the Titans”) so I may be watching these off classic movie season… forgive me… I am playing catch up.

I literally knew nothing about this film going in to it, so if like me you by some freak chance, haven’t seen in… there will be spoilers although as this is based on history I am not going to do a synopsis, but on this occasion I may save you 4 hours of your life, so it’s your choice if you read on, or just come back and read later.

This film is a historical drama, based on the work of T. E. Lawrence, he was renowned for his liaison role during the Sinai and Palestine Campaign and the Arab Revolt against the Ottoman Empire during the First World War. The breadth and variety of his activities and associations, and his ability to describe them vividly in writing, earned him international fame as Lawrence of Arabia—a title used for the 1962 film based on his wartime activities.

Now I am not going to profess I understand all the politics that happened in all of these activities or in the film, but it very much seems to be a very similar situation to that of the Iraq war… a country in disarray, all fighting each other, so outside influences come in and manipulate the situation to a) sell arms by training the less experienced forces and creating the need for better arms and b) utilise any take over of major cities to their own advantage.

I appreciate that this film got 7 Oscars, and that in itself is considered a piece of art for the long desolate, yet beautiful shots of the desert, the fact that in 1962, it was felt that this was also quite culturally accurate and relevant, and elevated Lawrence to show his wisdom and general manner which enabled him to go in, talk to the Arabic people as well as manipulate them in to the fall of Aqaba and Damascus, but it also showed the manipulation of Lawrence by the Army, and actually I found Peter O’Tools performance haunting as he said that he wanted out of the plan at one point because he had found that he liked killing….

There are somethings I simply can’t ignore about this film, and granted they probably did their very best in the 1960’s to make this in the best way, but these are the things that made me hate this film… (I am sorry now if you love this film).

Firstly this film is so over English it hurts.  It depicts the English army as practically useless… out in Cairo, swanning about drinking and playing tennis, which may well be true, but why would you highlight the inherent incompetency of most of the British forces?  The last line of the film made me die… “Frankly, I would rather have stayed in Tunbridge Wells”… It’s not the stiff upper lip way… I haven’t watched a lot of war films from this era yet, so maybe this is how the English come across generally, but this just made me cringe, and this is a theme throughout, so Lawrence is made to seem English to the extreme, even after travelling through the desert for 21 days, he is still suited and booted and not a hair out of place… only collapsing on to the bed that has been made for him, when he feels he is only in the site of one person he trusts…

Which leads me on to the next issue… when Lawrence finally feels that the Arabs aren’t just killing barbarians and allows them to call him by his name, there in the middle of the desert, they burn his clothes while he sleeps, and out of nowhere they produce robes and headdress which fit Lawrence perfectly… one guy standing back like he just made it… so did they have a tailor and reams of material with them after being out in the desert so long??  This seemed a little unreasonable to me, especially as the robes were really finely made… and why would you make it in white… I mean sparkly white.   I get light colours help to deflect the heat in the desert, but this could have been an other colour as the sparkly white, stay sparkly white until Lawrence kills both of his boys that he took on as help.  They must have been carrying a wicked stash of Daz.

I really got the hump about the camels (get it!?!), I know that camels can last long periods of time without water, but all of the camels in this looked well cared for and well watered at all times.  I don’t really want to see animal cruelty in films, but don’t try and tell me that Lawrence’s camel is about to die when it is skipping about with a full hump of water.  There is one point though where you can see one of the extras struggling with a camel in the background which is a joy to see as I think that the camel probably gets the better of him.

There is no doubt that the landscape shots in this film are stunning, and in 1962 when this film was released, I can imagine that it just opened the eyes of people as to how beautiful large expanses of sand could be, but I think that this film could have been at least 45 minutes shorter with out the long lingering shots that just made me feel that they were about to advertise Fry’s Turkish delight (if you are way to young to remember this check it out here).

This leads me to the night shots, I get lighting a desert in the 60’s was probably no mean feat, but nothing was gained by making night scenes, especially as they were created with a heavy polarising lens, where you can still see the shadows of the cast and camels on the floor.  It simply breaks it.  In fact at one point I thought my TV had gone in to some form of low power mode that I didn’t know it had rather than it being a night shot.

Now, the cast are brilliant in this, Omar Sharif and Alec Guinness is great, Peter O’Tool is haunting in his almost lunacy towards the end, and the whole rafter of stock actors that turn up in classic movies like this, so I can’t knock the performances at all, but I want to talk about the two guys that help Lawrence that he ends up killing… now I can’t remember their names, so I can’t tell you the character names but the first dies in quick sand and really rapidly.  I was really confused about the quick sand in the desert, because this is generally where water forms under the sand, and then effectively creates a sink hole.  I am not sure that anyone has ever died in quick sand, as usually, eventually the sand and water combine and then creates a firmer substrate which the person stuck can then get out of, but in true drama style, the poor guy is already arm pit deep in it, and as Lawrence throws a flimsy scarf at him, he is gone in the blink of an eye.  At no point did he give the advice… don’t wriggle.  Perhaps it’s me, but I think I would have researched the terrain at least before heading out.  The next guy hides a detonator in his waist band, then as Lawrence is setting a bomb to blow up a train, he can’t find it, running to get another detonator, the original blows up, injuring the guy, leaving Lawrence no other choice (obviously) to shoot him in the head.  A little extreme as it wasn’t even obvious what the injury was.

There are plenty of other pitfalls in this film, such as the blood looking like red paint, or the fact only the Turkish guard and lesser Arabic characters have accents and everyone else is terribly English, but that could make this post go on for days.

All in all, the film has compelling moments, which are broken horribly by the continuity and failings of the filming techniques.  Obviously the events have been dramatised to make them more interesting viewing, but at the run time, it just didn’t work for me.

Have you seen “Lawrence of Arabia”? (Maybe a stupid question), why not tell me what you thought in the comments?  Like this post?  Why not share it?