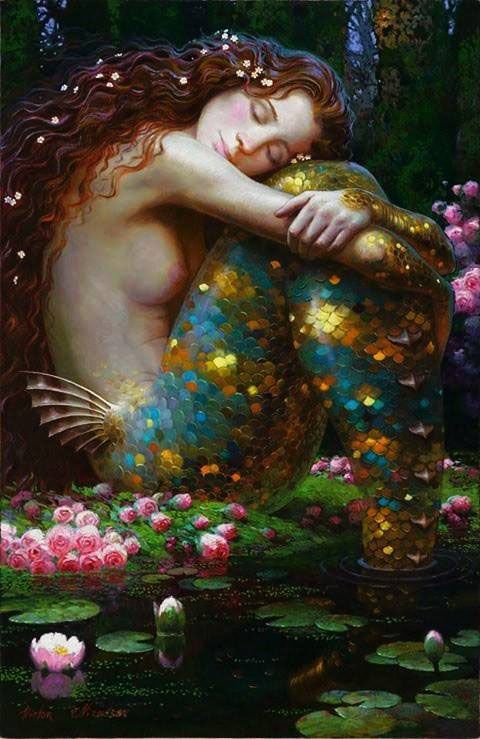 This week has been full of highs and lows. The crazy electoral race between Biden and Trump, another lockdown starting in England and just the general rubbish which comes with daylight savings of short days and long drawn out nights. This led me to giving this darker than dark story a thought, and how it has changed so much for today’s audience.

Most people will know the base story of a mermaid trading her voice for legs, falling in love with a prince and marrying him, then going on to live happy ever after. This was not the designed story by Hans Christian Andersen back in 1837, as it is full of torturous deeds and a woeful conclusion.

There was once a princess mermaid, who lived under the sea with her father who was a widow, her Grandmother and her five older sisters. Each of the sisters were born one year apart. When a mermaid turns fifteen, she is permitted to go to the water’s surface for the first time, so that she may see the world above. As her sisters reached this age, they one by one went to the surface and would come and tell the Little Mermaid about the sights that they had seen on their trip up. The Little Mermaid, longed to visit the surface.

Finally her fifteenth birthday arrived, and she swam to the surface. The first thing that she saw, was a boat which was hosting an extravagant party for a Prince. The Little Mermaid was mesmerised by the humans on board the boat, and she instantly fell in love with the prince. As she watched the events take place, a large and turbulent storm came over head, which damaged the boat and it started to sink. Seeing the Prince knocked unconscious fall to the water, the Little Mermaid saved him from the violent waves and delivers him to the shore, leaving him in front of a temple. The Little Mermaid waits at a distances in the water, to ensure that someone finds his unconscious body, but is dismayed, when he is found by the ladies of the temple. The Prince never seeing who is saviour was.

Returning to her family, the Little Mermaid becomes melancholy and asks her Grandmother if humans can live forever. The Grandmother explains that humans have a much shorter life span that a mermaids three hundred year life span, but instead humans have eternal souls. When a mermaid dies, they dissolve into sea foam, but when a human dies their soul continues on in heaven.

The Little Mermaid longs for the love of the prince, and for an eternal soul, so she decides to visit a Sea Witch. The Sea Witch lived in a pretty rough part of the sea, but on hearing the Little Mermaid’s plight, she agrees to help. The Sea Witch creates a potion that will give the Little Mermaid legs, and says that she will trade it for the Little Mermaid’s voice and tongue as she has the most beautiful voice in the world. The Sea Witch also warns the mermaid, that when she consumes the potion she will feel that a knife is passing through her body. Once she recovers, she will have legs, but it will feel as if she is walking on sharp knives the entire time and she will bleed constantly, but she will be able to dance unlike any other human. She will not ever be able to return to the sea. To obtain a soul, the Little Mermaid will need to make the prince fall in love with her and marry her, then some of his soul will flow into her. If she is unsuccessful in making the prince fall in love with her, she will die the morning after he marries someone else and dissolve into seafoam.

For some unknown reason, the Little mermaid thinks that this is a good idea, and agrees to the trade. She takes the potion and swims to the surface, near to where the Prince’s castle is. Drinking the potion down, she instantly feels that knives are passing through her body and she passes out.

As she stirs, the Prince, finds her, naked on the steps of his castle. The Prince is mesmerised by her beauty and takes her into the palace to get her cleaned up and clothed. Very soon the Little Mermaid becomes the Princes favourite companion as he loves to watch her dance, and he starts to take her everywhere with him. They get on well, despite the fact that she is mute, but unfortunately the Prince doesn’t fall in love with her.

As the Prince’s parents start to encourage him to get married, they recommend that they arrange a ceremony with a Princess from a neighbouring kingdom. The Prince declares that he cannot marry anyone but the young lady who saved him from the temple. As it turns out, the woman from the temple and the Princess are one and the same person, as she had been sent to the temple for her education.

The Prince’s family plan a huge wedding on a ship, and everyone is in attendance. As the couple say their vows, the Little Mermaid’s heart breaks, and she waits for her fate. Just before dawn, she is looking out to sea over the ships side, and she sees her sisters rise up, and present her with a dagger that they traded their hair for with the Sea Witch. If the Little Mermaid kills the Prince and lets his blood flow over her feet, she can return to the ocean once more as a mermaid.

The Little Mermaid initially is very keen on the idea, especially as she thinks over all the sacrifices, pain and suffering she has gone through to make the Prince love her.

She goes to the cabin where the Prince and his bride are sleeping, but as she stands over him with the dagger in hand, she can’t bring herself to kill him. Instead, as dawn breaks, she throws the dagger and herself over the side of the boat.

As the Little Mermaid turns to foam, she feels a warmth. Rather than ceasing to exist, she has been turned into an ethereal, earthbound spirit. As she ascends into the atmosphere, she is joined by other spirits, who explain to her, that because of her efforts to get an immortal soul she has been granted a chance to gain her own soul. To get this she must do good deeds for humans for the next three hundred years. If she manages this, she will be allowed to enter heaven.

I am not sure what happened to Andersen to want to write such a depressing story, but it is no wonder we have since made some adjustments to it to make it a bit more cheery. The end of Andersen’s story came under heavy critic from P.L. Travers who wrote “Mary Poppins” as he found the concept of the Little Mermaid becoming a spirit and earning a soul by helping mankind, the type of Victorian bribery that would happen to make children behave.

Others felt that the book should have ended in total tragedy, with the mermaid just dissolving, as she had already lived a life of misery, to then have to serve mankind was to give a hope of something better, but also enhanced the idea of being a slave to earn the right to freedom. Andersenson simply responded that he felt that his mermaid was following a more devine path.

This story splits its audience in what the themes actually are, as in some versions the Prince has a page boys outfit made for the mermaid, and it is felt that the mermaid is not just doing this for love alone, but actually is doing this as she wants to broaden her horizons and appease a need for knowledge, happen to change identities and cross gender barriers to do so.

Others feel the story is about love and self sacrifice and acts as a warning about accepting abusive relationships and inconsiderate treatment.

There were also conspiracy theories within this, that Andersen was a closet homosexual and the story was about his love for a man named Edvard Collins. On hearing that Collins had become engaged to a woman, Andersen wrote to Collins, declaring:-

I languish for you as for a pretty Calabrian wench… my sentiments for you are those of a woman. The femininity of my nature and our friendship must remain a mystery.

With this letter he also sent a copy of “The Little Mermaid”, which has been interpreted in this context as an allegory for Andersen’s life.

Regardless of how you interpret this story, even if you take it on a fundamental base level, it is hard going, and possibly not really ever intended for children.

I have chosen Victor Nizovtsev’s “Bed of Roses”, to accompany this story, as I think it is a beautiful with a vivid, yet dark colour pallet. It also reflects a mermaids want of things that are not naturally in the sea. She is surrounded by Lily pads, and flowers, with small pink buds in her hair. The background has trees as though she is sat on land, looking completely at peace in her surroundings. This is obviously a far cry from Ariel and Flounder, but I think it a more perfect depiction to accompany a story of a mermaid that wanted to see more than the ocean could offer.

One thought on “The Little Mermaid – Hans Christian Andersen”