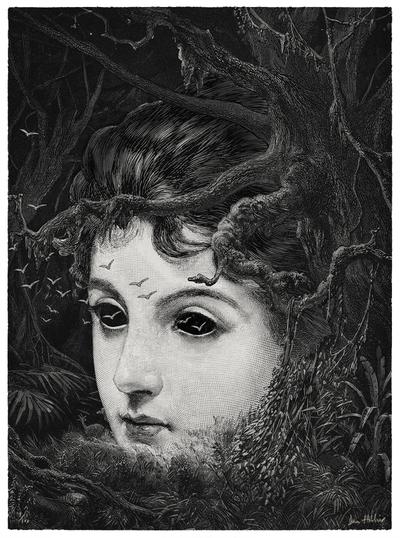 What I really enjoyed about the end of last year, was how everyone I know got very excited about seeing the back of 2020. It was almost as if some magical force would take away COVID and Donald Trump and we would be left with some utopian society that would live harmoniously together. Now that we are 14 days in, I see the same people asking for 2020 back. In fairness, it has been an explosion into a new year on a global scale like no other. In the UK we are back in another full scale lock down; Mr. Trump incited a frenzy at the capitol building resulting in a few deaths and showing what a poor loser he is. Also the UK finally rolled out Brexit (I think…no one knows for sure) and the restrictions set in place for the new variant strain of COVID and changes in trading conditions have seen queues at ports delaying the delivery of fresh produce, meaning suppliers are forced to loss the stock and the trade, something so unneeded in this time of economic turmoil.

In better news, vaccines are out there now, and perhaps by the end of 2021, we can start to heal in some form of global togetherness. This situation does however cast me back to one of my favourite subjects – myths, as in days gone by we probably would have thought that this situation was because one of many different Gods had been angered and we, as humans were suffering due to some epic injustice we had done to them.

Hillier is a British based artist who uses a combination of influences to produce intriguing and highlighly detailed work. Hillier started working on collage pieces and moved into the union of images to pen and ink detailing. His work takes inspiration from Victorian imagery, as well as the darker side of life. He also is very interested in the myths and legends of different cultures which enables him to bring to life beautiful monstrosities to his viewers.

I think that the piece of work that demonstrates this style best is one of his early pieces called “Mother”.

You can now see why I call them beautiful monstrosities. Can you image a woman with 10 appendages for multitaskings? She would be like a whirling dervish. Hilliar has used the shape of an octopus to infil where a full victorian style skirt would be, conjuring some mythical being from another dimension. Her face looks meek and demure, yet the tentacles bring a much darker demeanor, as though you could be dragged under and silently suffocated while she still drinks tea.

There were many, many images that I love from Hillier, as I have been a long time fan of his work, as it not only combines animal and human, but ethereal visions, flora and fauna making it an abundant feast for the eyes; but I suppose that I chose “Forest” as it is a little different from the majority of his work, it is much darker in its appearance and feels almost woeful, which is why it spoke to me reminding me of two stories from Greek mythology.

Initially it reminded me of the Pierides, nine sisters who travelled to challenge the Muses to a singing contest, on defeat the muses turned the Pierides into ugly Jays (sometimes Magpies), to teach them that they should not take on the gods and their counterparts. The more I looked at the picture, I felt that the story was much sadder.

The face of the women is the main detail, black eyes stare out, with birds flying from them. She is in a darkened woods and a gnarled old tree runs up the side of her face. Her expression is that of almost resolve to the situation. Beside her, face to the right two deers can be seen. Deers symbolise love and beauty, seemingly reflecting a former life of the face they stand beside.

Philomela, is a reasonably minor story in Greek mythology, but this piece really relates to the story for me. As always there are variations on the story, and the most complete telling of the story can be found in Ovid’s “Metamorphoses”. I shall, as usual tell the story my way, and I welcome you all to let me know how I did in the comments.

Procne was married to Tereus, who was the King of Thrace and son of Ares. Living in Thrace, this meant that Procne was apart from her family who lived in Athens, especially her sister Philomela. Procne asked her husband, if she could go to Athens to visit Philomela, but Tereus said that he would go to Athens and escort her back. Procne was obviously delighted by this.

Tereus, on arriving in Athens, spoke to Philomela’s father, King Pandion, who was somewhat reluctant to let Philomela go. Pandion was worried that his last remaining daughter would leave the safety of his kingdom as she was rather beautiful, and had always lived under his watchful eye. Tereus, said that he would protector her, and Pandion responded that Tereus should protect her like she was his own daughter, which Tereus agreed to.

On the journey back to Thrace, Tereus felt a strong attraction to Philomela, and by the time they arrived back in his own kingdom, he could hard contain himself. Forcing Philomela into a cabin in the woods just outside of Thrace, he violently raped her.

Philomela, may have been overpowered by Tereus, but when he told her that she would speak nothing of the event, she rebuked his demand and said:-

Still my revenge shall take its proper time,
And suit the baseness of your hellish crime.
My self, abandon’d, and devoid of shame,
Thro’ the wide world your actions will proclaim;
Or tho’ I’m prison’d in this lonely den,
Obscur’d, and bury’d from the sight of men,
My mournful voice the pitying rocks shall move,
And my complainings echo thro’ the grove.
Hear me, o Heav’n! and, if a God be there,
Let him regard me, and accept my pray’r.

For those of you not so happy with reading the flowery words of old English which this translation happens to be in, she told him to shove his silence where the sun doesn’t shine as she would tell the world of his wrong doing to her (quite rightly so). Tereus, not particularly happy with this response as the last thing he wanted was for his wife to know that he had raped her sister, cut out her tongue and then abandoned her in the cabin.

Philomela, left unable to speak, pondered her situation a while. She was in a place she didn’t know, and unsure how to get home, or how she would explain to people what had happened to her tongue. She decided to create a tapestry which she would gift to her sister of the event (not sure why she couldn’t have written a letter, it would have been much quicker).

After she created the tapestry, she found her way to the Palace in Thrace and saw her sister walking around the gardens. Running up to her, she put the tapestry in her hands. While Procne was overjoyed to see her sister, her emotions were mixed as she looked at the tapestry depicting this heinous crime.

In a moment of vengeance, Procne kills the son that she has had with Tereus, and the sisters cook the child into a banquet for Tereus. As he sits down to eat, he is astounded at the delicate meat that he is served. When he asks Procne what is was, after devouring the meal, Philomela enters the room carrying the head of her nephew (no one seemed to like the child that much to mourn it).

I find it really interesting the birds that each character gets turned into. The swallow and the nightingale symbols of love and loyalty. Even more interesting is that the female nightingale is mute and this story serves the purpose of why it is mute (poor old Philomela). The Hoopoe (if you haven’t seen what this bird looks like you can find a picture here) is a symbol of evil because of its long beak and violent nature.

I guess the reason why this story resonates with this picture so much for me is that, the face of the women in the picture makes me think of the cabin where her life changed and he painstakingly created a tapestry of torture. The birds flying from the black eyes a recall of the sisters escape from a tyrenous man.

As I often say in these articles, art is objective, and you may see something completely different in this beautifully detailed piece, and I would love to hear what you think in the comments.

If you would like to see more of Hillier’s work you can see it here. You can marvel at how well his work compositions so many differing influences.